When we first started having our Pulse Sensor (featured in MAKE magazine Volume 29) manufactured, we ordered them in limited batches of 500 pieces, so we could get volume pricing on parts and assembly costs, and update the hardware quickly. After a second run of 500, we decided that we understood the design and engineering enough to commit to a larger production run. We were also running out of Pulse Sensors. So, we prepared for an order of 2000 Pulse Sensors. This was big time for us.

For previous runs, we ordered all of the electronic components from suppliers like Mouser or Digi-Key, then bundled them up and shipped them to our production facility in southern China. The factory in China fabricates the Printed Circuit Boards, PCBs, and assembles (places and solders) the parts we send them onto the PCBs. As you can imagine, that process incurs a lot of shipping and duty costs, transit time, and hassle for us. You need a spreadsheet to track it all. We were ready for a better method, and our fabrication facility offered us a turnkey solution for a small added cost, where they would find, buy, and receive all of the parts. This was ideal for us. So we gave them our Bill Of Materials (BOM), they returned an acceptable quote, and we were on our way.

Everything was going fine. We sat back and had a beer. We congratulated ourselves on a fine job. Then had another beer. At this point, all we had to do is pay the factory, and check the top of production, the first small batch of parts. If the top of production samples were all good, all we had to do is wait for our finished goods. What could go wrong? We ran out of beer and switched to green tea. In a state of knowing Zen we waited for our production samples to come in. When they came, they looked gorgeous. All we had to do was a quick routine test, which surely would be fine, and “green light” the factory to make all 2000 Pulse Sensors. Drinking our tea in cozy confidence, we plugged the production samples into Arduino, put the unit on our fingertip, and casually looked at the screen for the Processing sketch to perfectly render our heartbeat. (Cue first spit-take now.)

The sensors did not work. In fact, all of them did not work, in exactly the same way. This was actually good news, since a consistent problem is easier to find and fix. Immediately we were in Problem Solving Mode. The first two rules of problem solving are Check Everything. We made sure we had the right code, then verified the soldering job and made sure the right parts were placed correctly. We confirmed that all the parts were correct, the circuit connections were correct, and the soldering was good. They did not work, but they looked exactly the same as our last batch. Just to make sure we weren’t going insane, we tested a sample from the previous production run, and it worked great.

Then Joel noticed that the green LED was not shining in quite the right color – more of a teal than a super-bright green. The lower intensity and difference in wavelength was sufficient enough to kill the accuracy of the Pulse Sensor, if not its functioning altogether.

Our contact at the factory seemed responsive to our problem. They confirmed that they ordered our part number from a reputable company, and sent a photo of the reel of parts they received. The photo confirmed that they were indeed the LEDs we specified for production. It had the manufacturer’s label (Kingbright USA) and correct part number on them. At this point, we were nervous. Were we insane? Did Kingbright change the color of their green LED? Was the reel part of a bad batch? Or maybe the new green color was within an accepted tolerance range of manufactured lots? This was not good!

We made a quick call to Kingbright, and asked them why their new green LED’s where not like their old green LEDs. (Cue second spit-take now, over the phone.) Kingbright asked for photos of the parts we used. After reviewing the photo, an engineer at Kingbright responded quickly, and solved the mystery at last. That reel of LEDs in the photo from our manufacturer bore a reference number that Kingbright didn’t use, and contained 500 more pieces than they supply per reel. Even the shape and style of the plastic reel was not the same as the kind Kingbright uses. Our factory’s supplier had bought counterfeit LEDs!

Mystery solved. Our engineering prowess was exonerated, and our factory seemed free of any malfeasance. A presumably well-known and trusted parts supplier (according to our contract manufacturer) had sold counterfeit parts, knowingly or not. The gritty details of who punked who was beyond us. Meanwhile, we needed to ship Pulse Sensors, and ship them yesterday.

To get our working units, we could simply order 2000 LEDs in the USA and ship them to our factory. The problem was, in six days, all of China would shut down for the two week celebration of Chinese New Years Festival, and there was not enough time for the parts to even clear customs. This did not help us “ship yesterday.” We had to act fast! Luckily, we had stockpiled 1000 pieces of the correct LEDs at Joel’s place in Brooklyn. If the factory could assemble the Pulse Sensors with all the parts except for the LED, we could hand-solder the correct LEDs in Brooklyn ourselves. This was the quickest way to fix the problem, and we received the LED-less Pulse Sensors the day before Chinese New Year.

When we received the Pulse Sensors, we brewed a pot of green tea, and started soldering. One LED soldered, and 999 more to go. So much for turnkey production. It took three days for the two of us to solder 1000 completed Pulse Sensors. For your enjoyment, we made a time-lapse video of the process. Now we just have have 1000 more to go.

UPDATE: A previous version of this story identified the counterfeit parts supplier as Mouser China. This is NOT correct. We apologize to Mouser for this mistake.

We have determined that someone somewhere in the chain mischaracterized Mouser’s operations in China and falsely pointed to them. MAKE, Joel Murphy, and Kevin Hess of Mouser have talked and we’re all satisfied that Mouser was in no way to blame here. Below is a response to the original post, from Kevin Hess of Mouser:

Mouser was definitely not the source of the counterfeit components.

While Mouser does have branches in China, all shipments are from our US warehouse.  Mouser obtains every product directly from the component manufacturer (or factory-authorized sources).  We can also confirm that this part number was not shipped by Mouser to any customer in mainland China.  Therefore, Mouser is not the source of the counterfeit component.

Mouser is certified to SAE aerospace standard AS9120A for high-level traceability, product handling and anti-counterfeit control.   It is a known fact that the most common sources of counterfeit components are unauthorized brokers and unscrupulous contract manufacturers, who obtain the products in China.

Learn about the Pulse Sensor and how to use it in MAKE Volume 29:

We have the technology (to quote The Six Million Dollar Man), but commercial tools for exploring, assisting, and augmenting our bodies really can approach a price tag of $6 million. Medical and assistive tech manufacturers must pay not just for R&D, but for expensive clinical trials, regulatory compliance, and liability — and doesn’t help with low pricing that these devices are typically paid for through insurance, rather than purchased directly. But many gadgets that restore people’s abilities or enable new “superpowers” are surprisingly easy to make, and for tiny fractions of the costs of off-the-shelf equivalents. MAKE Volume 29, the “DIY Superhuman” issue, explains how. 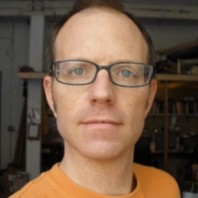