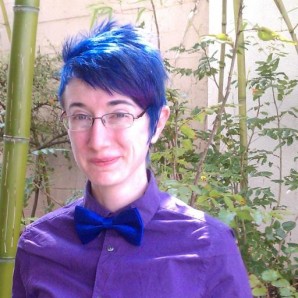 Willow Brugh has been an active participant in the hacker and makerspace community since 2008, giving her purpose towards distributed systems, engaged citizenship, and mutual aid. With heavy involvement in Maker Faire, Random Hacks of Kindness, and the SpaceApps Challenge, Willow’s main skill is “getting out of the way.” She loves seeing how ideals which thrive online, such as transparency and collaboration, manifest in these spaces and events. Willow has also been known to give candy to individuals from more traditional approaches to entice them towards these different models of engagement.

The “Make the Breast Pump Not Suck” Hackathon

Author’s note: I go to, organize, and facilitate a *lot* of hackathons, and while I’m thrilled about most of them as...

IKEA for robots – lowest cost functional robots for everyone. So cute. Support them on kickstarter!

Unconference for Hacker/Makerspace Founders and Facilitators

Ever wanted to talk with other people who create and maintain hacker and makerspaces? SpaceCamps exist as a forum for...

Designing a booth for Maker Faire may seem like an intimidating project. Festivals like these attract a broad demographic, a...

Hacker- and makerspaces are a fairly meta concept. While they can be explained via terms like "community workshop," they are...